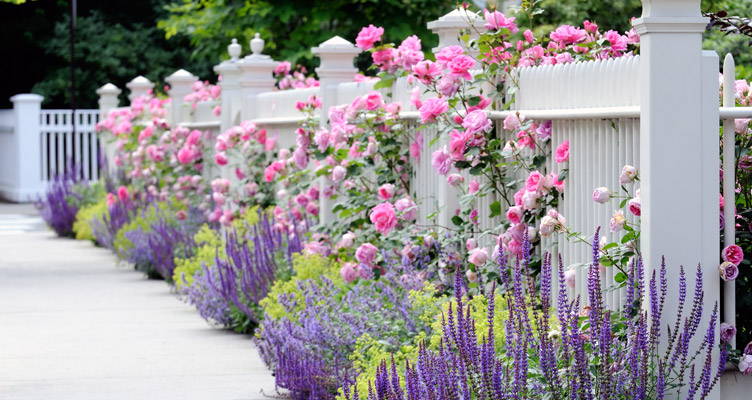 Roses can be protected from greenflies by planting lavender or sage between the bushes. Thyme and pyrethrum have a similar effect. Onions also protect roses from greenflies and enhance the scent of the roses as well. These are often used by people who grow roses for the essence. Chives and garlic are good for roses too.

In most varieties the roots come together in a thick stem called the rootstock, which is fairly short. At the end of the rootstock, several branches extend more or less at right angles.

The rootstock often comes from a wild variety that has been chosen for its powerful root system. An axil bud from a rose variety with more beautiful flowers but a less robust rootstock is grafted onto this rootstock by the breeder. This is also known as budding.

Almost all roses, with the exception of the botanical varieties, are cultivated this way. As you can imagine the budding point, or graft union, where the axil bud of the chosen variety is joined to the rootstock, is the most vulnerable part of the rose plant. This is the place where the side branches extend from the rootstock.

The biggest mistake made by rose growers is to let the rootstock protrude above the ground. The budding point, which is at the top of the rootstock, should be at least 5 cm below the ground, and preferably even deeper.

Check out our collection Roses