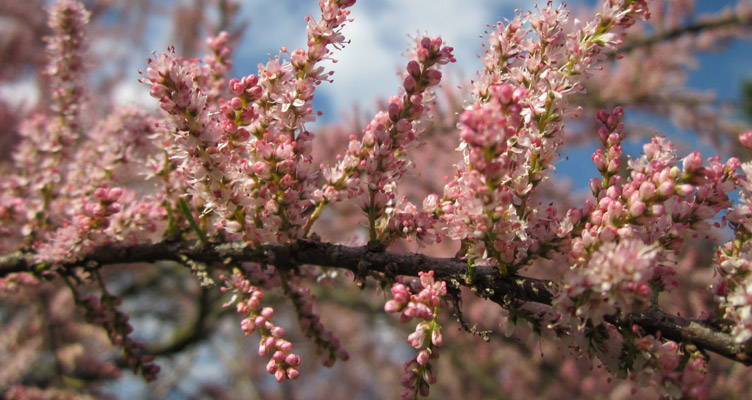 Some Tamarisk varieties are spring-flowering and others are summer-flowering. Summer-flowering tamarisk flowers from summer well into autumn. This variety can be pruned at the end of March, just before the new shoots develop.

Pruning in June and July

The best time to prune spring-flowering tamarisk is from June onwards. If it is pruned earlier in the season, such as in March, this would remove all the newly developing flowers. This type of tamarisk cannot be pruned until after the flowering period.

Pruning between October and March

If you want to give the tamarisk a more tree-like shape, you can raise the crown between October and March. This is done by removing the lowermost side branches. If these low branches are very thick, it is better to saw them approximately 10 cm from the trunk. Start by making a saw cut several centimetres deep on the underside of the branch and then saw through the branch from the top. Once all the low hanging side branches of the tamarisk have been removed, you can shorten the stumps. Always keep enough distance from the trunk so that you leave the branch collar intact. The branch collar is the thickened base of the branch where it joins the trunk. Treat the pruning cuts with a wound sealant.