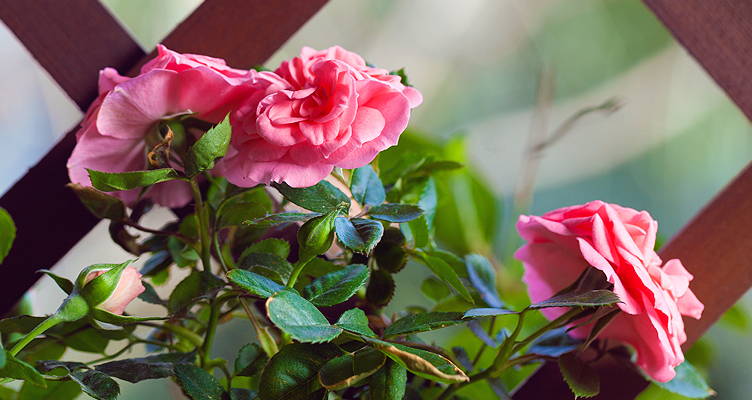 Not everyone is aware of the benefits of pruning climbing roses in the summer. However, this is recommended if you want to enjoy their colourful splendour right through to autumn. Roses normally flower in the months of June to August. The main difference between summer pruning and winter pruning is that summer pruning is done in the growth period rather than the dormant period.

Pruning roses in the summer creates an extra flowering period. This is because pruning encourages the development of new shoots, which produce magnificent flowers in late summer. If roses are not pruned in summer, they devote all their energy to forming seeds in the rosehips.

Plants are programmed solely for reproduction. If seed formation is interrupted by pruning, they produce new flowering shoots in the leaf axils in a last attempt to ensure reproduction.

You can start the summer pruning as soon as the first flowers have died down. Depending on the weather, the summer pruning can be carried out between the end of June and the middle of August. After August the weather is less favourable (shorter days and colder nights), and any shoots that may develop will not be vigorous enough to flower. Bush roses and standard roses can also be pruned in summer.

Roses have compound leaves with three or five leaflets. New flowering shoots develop in the leaf axils. Choosing the right leaf is important for good results. A shoot from the axil of a leaf with five leaflets will give the best flowers. With the right growth conditions (warm weather, long days, sunshine and moisture) your rose bush will produce magnificent new flowers within a few weeks.
Check out our collection Pruning Tools
Trustpilot