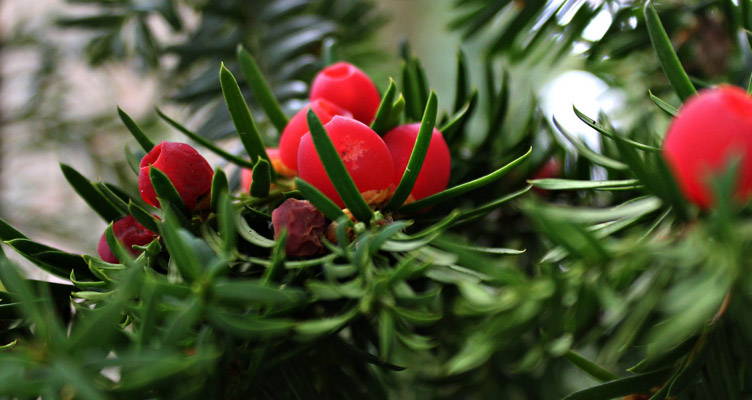 Although most conifers should not be pruned heavily and only tolerate light trimming, the yew is an exception as it can endure rigorous pruning if necessary. The best time to do this is March. You can cut back as many tops and/or side branches as you wish. The side branches can even be cut right back to the main trunk.

The best thing about the yew is that it will simply grow back again without leaving any bare patches.

If you have planted yew as a hedge, it can be pruned twice a year. The first time should be after the first growing period but before midsummer - in other words, in the first half of June.

If you want to tidy up your hedge before winter and get rid of any unsightly protruding shoots, you can prune again in the second half of September. This gives the pruning wounds enough time to recover before winter.