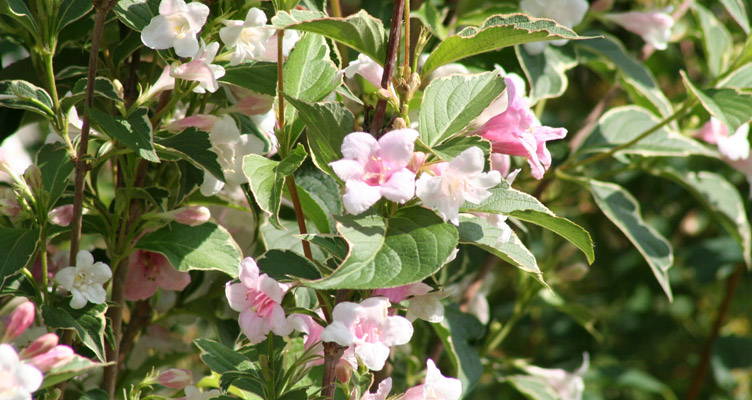 If your Weigela has become too large or too old, rejuvenation pruning is a good option. The best time to do this is January – February, although not in freezing weather.

Rejuvenation pruning completely renews the old shrub over a period of three to five years. This should be done methodically. Decide in advance which branches you want to remove in which year. Start pruning in the heart of the shrub, not on the outside. Select branches divided evenly over the entire shrub and cut these down to a height of about 30 - 40 cm, preferably to just above an outward facing eye.

If you wish, any branches that protrude too far can be cut back in June – July, directly after the Weigela has flowered. This is known as shaping or modelling.