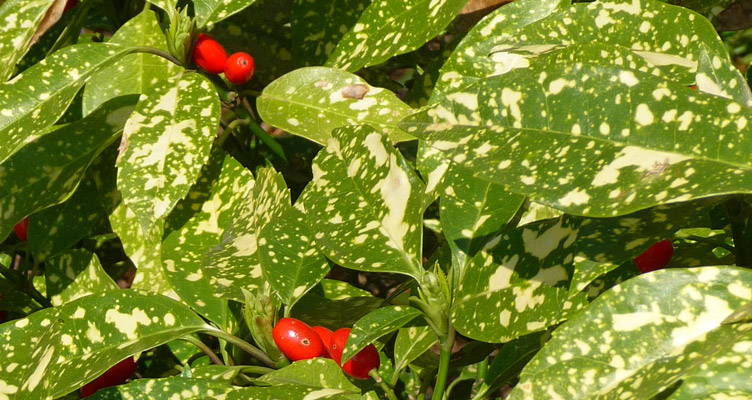 Spotted laurel is a well-known evergreen shrub with magnificent speckled leaves and red berries. As it keeps its leaves in winter, it should preferably be planted in a sheltered spot.

Spotted laurel can be pruned lightly in March if necessary to keep it neat and tidy.

If you are growing spotted laurel as a hedge, it can be trimmed in June. We recommend trimming only half the hedge in one year, trimming one side of the hedge the first year and then tackling the other side the following year, or, even better, the year after that.