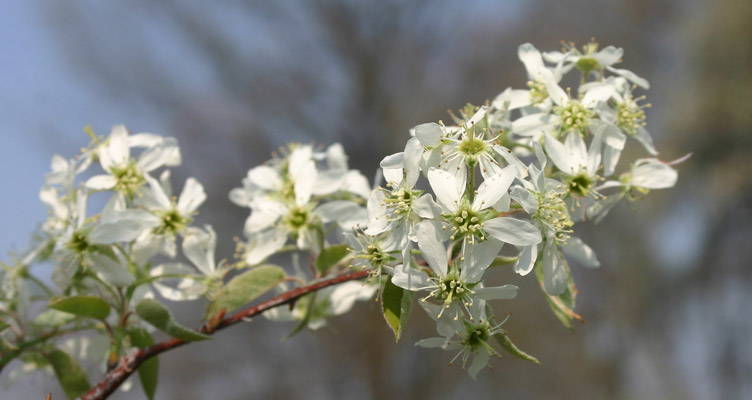 Serviceberries, or Amelanchier, are fairly small deciduous trees or shrubs that produce small white star-shaped flowers in spring, followed by red to purple fruits. The foliage is mid-green but often turns yellow, orange and red in autumn.

Although often called trees, these are technically shrubs with multiple stems. They can reach a height of 4 to 8m and spread from 2.5 to 4m. The fruits from this shrub are edible however they are insipid.

These produce the best colours when they are grown in full sun with moist, lime free and well-drained soil. Although they are fairly low maintenance and generally pest free, they will require pruning to keep them in good shape.

The natural shape of the serviceberry is so beautiful that it does not need drastic pruning. The goal of pruning serviceberry tree is to replace all the wood that bears fruit every three to four years.

When to prune serviceberry

Serviceberries should be pruned in spring before new growth starts. May is the best time if you are pruning to rejuvenate your serviceberry.

How to prune serviceberry

Rejuvenation pruning in May

If you want to prevent the shrub from becoming too large and woody, you can carry out rejuvenation pruning after flowering in May, replacing the entire shrub over a period of about three years. Before you begin, take a good look at the plant and select about one third of the branches, divided evenly all over the plant. Do not prune only the outermost branches. Cut the chosen branches back to approximately 40 cm from the ground. Where possible cut back to just above an outward facing bud.

In May the next year you can then remove half the branches that were left the last time, and in the third year all the remaining branches can be tackled in May.

At the end of this process the shrub will have been completely renewed, which is why this is called rejuvenation pruning.

If you want to allow your serviceberry to grow into a substantial tree, you can raise the crown. This should be done in autumn or winter. Saw off the lowermost branches to give the shrub a more tree-like shape. Do not saw the branches too close to the trunk. It is better for the tree to leave the branch collars intact.