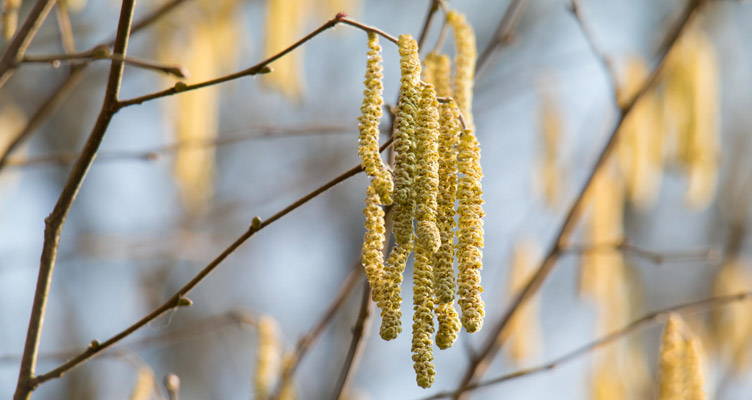 The best time to trim the hazelnut into shape is in March. The aim of this pruning is to keep the shrub compact and to prevent unrestricted growth. To do this just trim the ends of selected branches, divided evenly over the plant. Remove about 15 cm from the branches of smaller hazelnuts, and 30 to 50 cm from the branches of larger plants. Try to retain the character of the shrub and do not turn it into a hedge.

Rejuvenation pruning between October and March

Before beginning with the rejuvenation pruning, take a good look at the plant. Do not just remove the outer branches, but select branches from all over the shrub. Cut about one third of the branches back to approximately 40 cm from the ground. Where possible cut just above an outward facing bud.

In March the next year you can then remove half the branches that were left the last time, and in the third year all the remaining branches can be tackled.

Hazels, especially corkscrew hazels, may develop straight branches that grow upwards from the base of the plant. These branches detract from the characteristic contorted appearance of the plant and may be removed all year round.