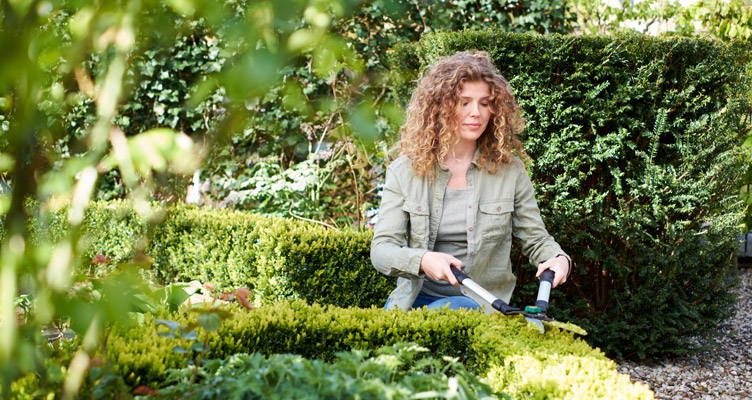 Box is grown primarily as a hedge or as a topiary plant. To keep your box healthy and in the desired shape, it should be pruned twice a year.

Give your box its first pruning of the year in summer, just before midsummer. This should be done using special box scissors rather than an electric hedge trimmer. Do not prune in very hot, sunny weather as this may cause the leaves to burn.

If your box hedge or ornamental feature has reached the desired height and/or shape, it can be trimmed up to four times in summer.

Box can be pruned again before the end of September so that it looks neat and tidy throughout winter.